India’s richest man Mukesh Ambani’s daughter, Isha Ambani is all grown up and set to be hitched soon. The latter got engaged to long-time friend Anand Piramal; son of Ajay Piramal, chairman of the Piramal group of companies in a lavish and royal celebration in Como, Italy on the 23rd of September 2018. The ceremony was attended by all the A-listers of Bollywood, flown in first class, because economy class ke liye change kiske pass hoga?

Since it was the wedding of his only daughter, Mukesh Ambani had to make it extravagant. Apart from an actual great water fountain pleasing the eyes of the attendees, there was a shower of roses on the couple around the altar which made it seem straight out of a Disney wedding.

Adding to the exorbitant event, music icon John Legend performed at the ceremony, leaving every couple feeling loved up and mushy. He performed many of his famed songs including ‘All of Me’ and mesmerised the entirety of the audience.

One of the highlights of #ishaambani engagement was the live performance of #johnlegend. But this video is not from her engagement but still a great video to watch @viralbhayani

No Indian wedding is complete without beautiful fireworks lighting up the night sky like a dream, and this occasion especially made it feel light daylight at night with all the charismatic explosives that brought the night to life even more. 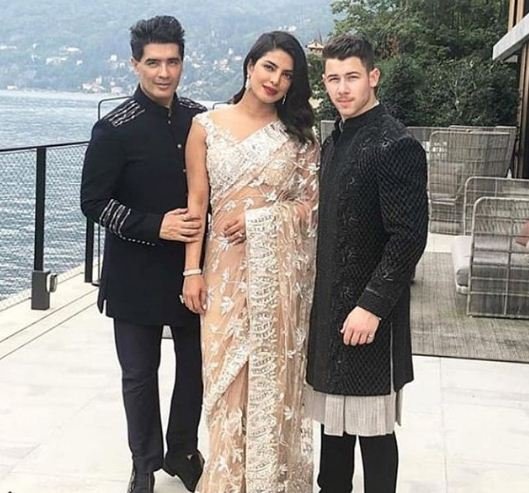 Here’s a look of the gorgeous venue of the engagement! We wish the couple a happy married life ahead, or engaged for now 😉